Baseball or bust in Denver, Colorado

Well my second road trip of the year finally happened. Unfortunately the results were not so great for the SF Giants, but for my buddy “T” and I we had a great time. Our trip started at the end of June in Colorado, we were here to see two of the three Giants games against the Rockies. Unfortunately coming into the trip the G men were on a 3 game losing streak, and sadly they continued this awful streak of losing the next two games we saw. Worse yet they were walk off affairs that the Rockies managed to steal away from the good guys.
Regardless of the results, we had a great time. The city is beautiful with a very active outdoor vibe. There were tons of walking trails, lots of outdoor activities and to boot 16th Street in downtown was a great hang out spot to have a few suds before or after the game. 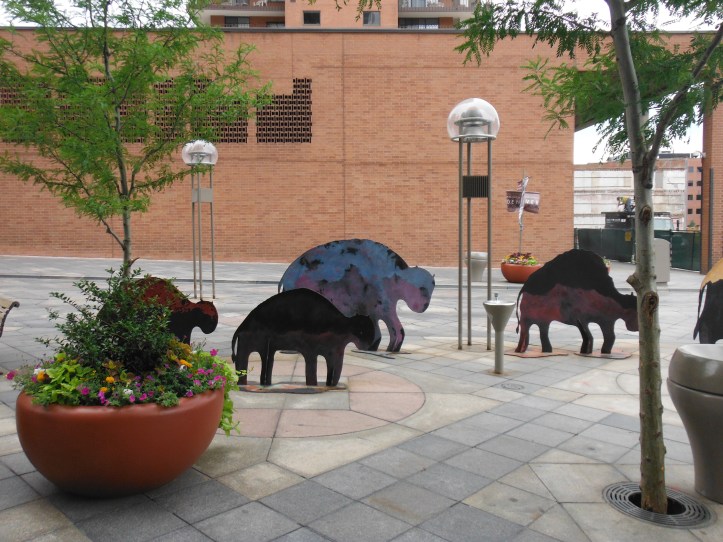 The ballpark is in LODO (lower downtown), and has revitalized this area, like a lot of other newer ballparks have done over the years in their cities. The park itself fits really well into the area with lots of brick and has an old warehouse vibe. The sightlines inside the park are also pretty sweet too. It was a pretty nice hang out, and if I wasn’t so partial to AT&T, I may rank this as my number one park, that being said its top five for sure. 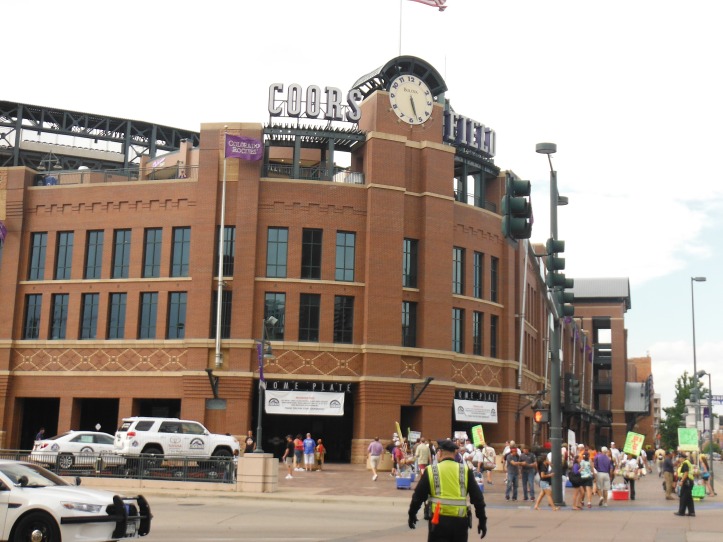 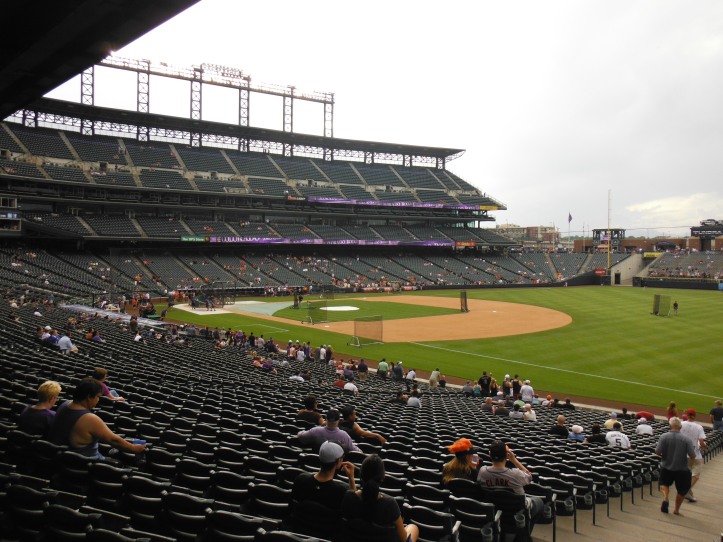 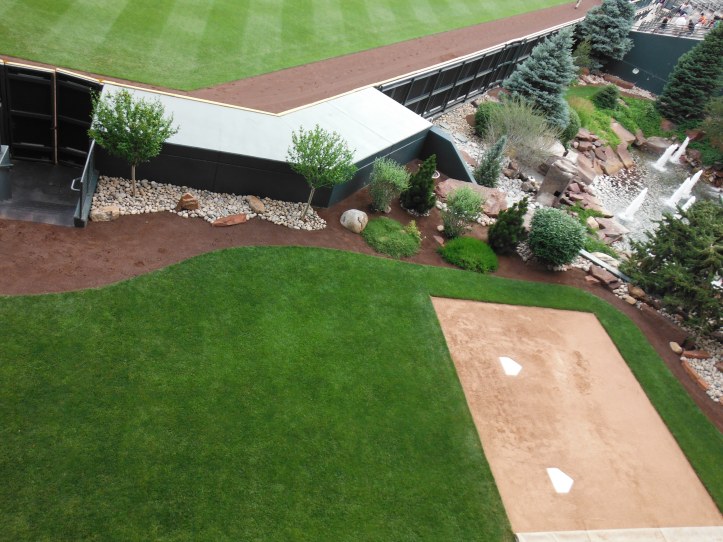 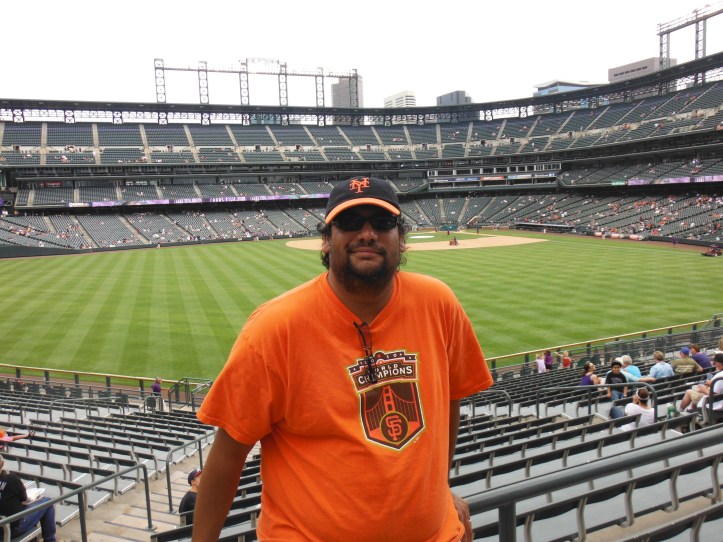 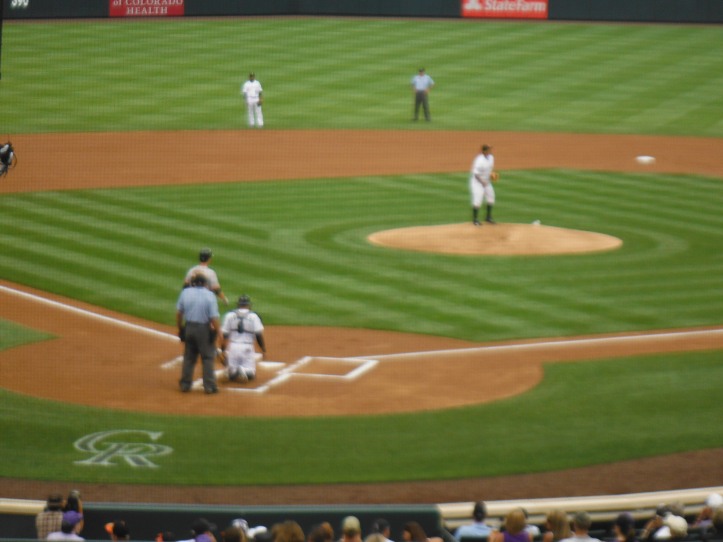 Well man can’t live on baseball alone, so what do you do with all that free time between games, you eat of course. I’m not known for missing many meals and although “T” will never admit he’s a foodie too, he’s not one to ever complain about a good meal. So I did my best to find a few good places to eat at. As a big fan of Diners, Drive Ins and Dives on the food network I do my best to eat at the ones that intrigue me when I can. And most of the time Guy Fieri doesn’t lead me astray. Lucky for us there were three in Denver that sounded great with one of them across the street from our hotel. Score!
We managed to hit The Atomic Cowboy first. This was a really great food spot, but a weird restaurant. It was three places in one. There was a bar and two food joints, the Atomic Cowboy, Denver Biscuit Company and Fat Sulley’s. So basically three places in one. I had the chicken biscuit with honey and whole grain mustard and it was to die for. In fact quite possibly the best biscuit I’ve ever had. It may have been a very simple meal but it was just delicious. Perfectly fired chicken and a light but dense and soft biscuit. My mouth is just watering as I write this.
The second spot we tried was Sam’s No 3. It was diner and had a huge huge menu with breakfast served all day. We went there for a late night snack after drowning our sorrows in beer and another Giant loss. I know that plate seems like a huge pile of gravy and yes there was a lot, but below that gravy goodness was a fried bone in pork chop, home fries two over hard eggs and for desert biscuits with more gravy. This was a damn good comfort meal, I could have done without the biscuit and gravy, it was just ok, but the rest of the meal kicked butt. Sadly if we had not had two other outstanding meals this would rank higher on the list, but when you seek out good restaurants, there’s bound to be a bottom choice even if the bottom choice was still good. Is there such a thing as third place winner?
Lastly was probably the best of the bunch Prohibition Bar, this place epitomizes the Dive. It was close to downtown in a neighborhood, but maybe on the edge of the good part. There seemed to be a homeless shelter or halfway house nearby, and a lot of stores with bars on the windows. Don’t get me wrong I felt very safe in this area and would have no problem going back. In fact the place was packed for a late lunch on a Saturday afternoon. I had the best burger I’ve had in a long time, well that is until later in the trip in Cincinnati (review to come). It was two beef patties with bacon, lettuce, tomato, grilled onions, sliced apple and of course blue cheese. It was damn good. To wash it down I had a Kentucky Mule Whiskey, lemon and ginger beer in a cold cold copper cup. If I had to be honest I don’t know which was better. 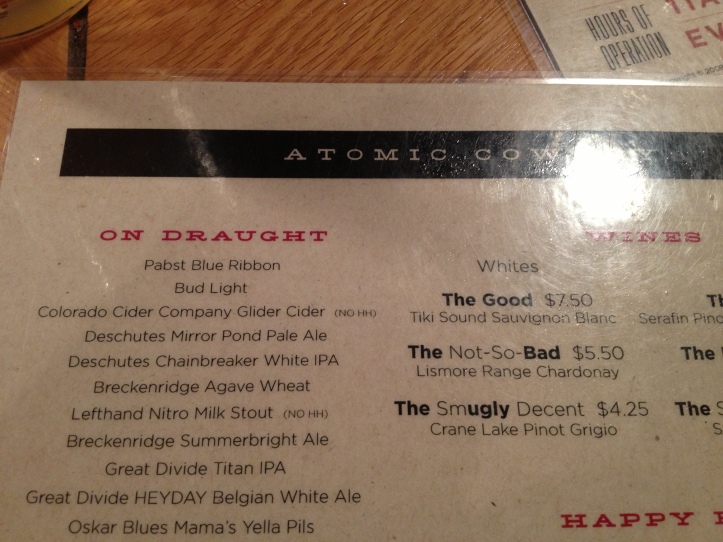 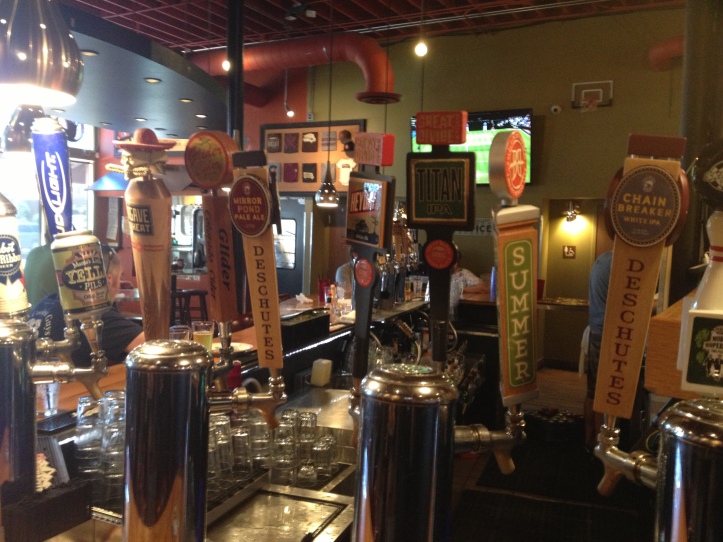 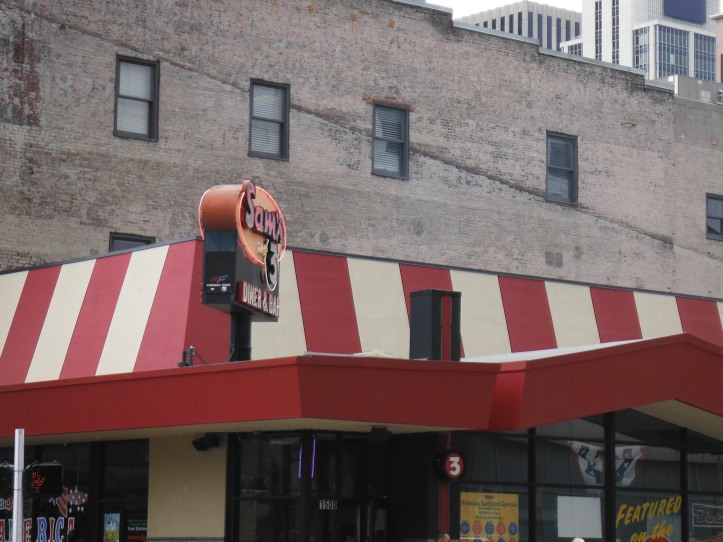 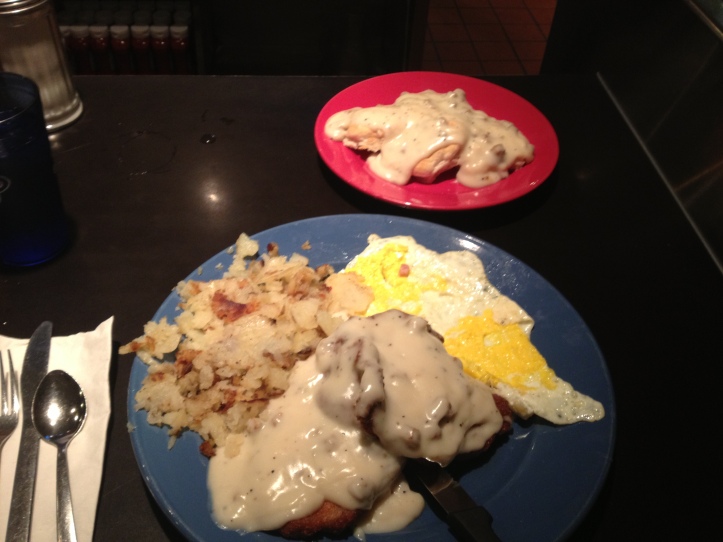 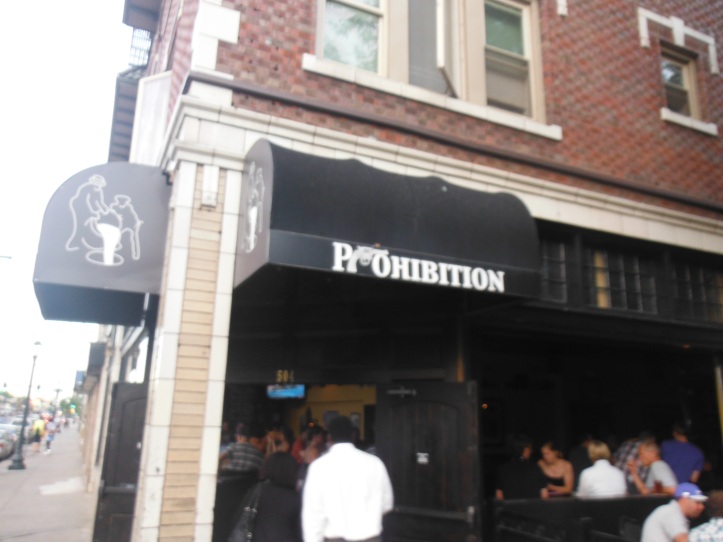 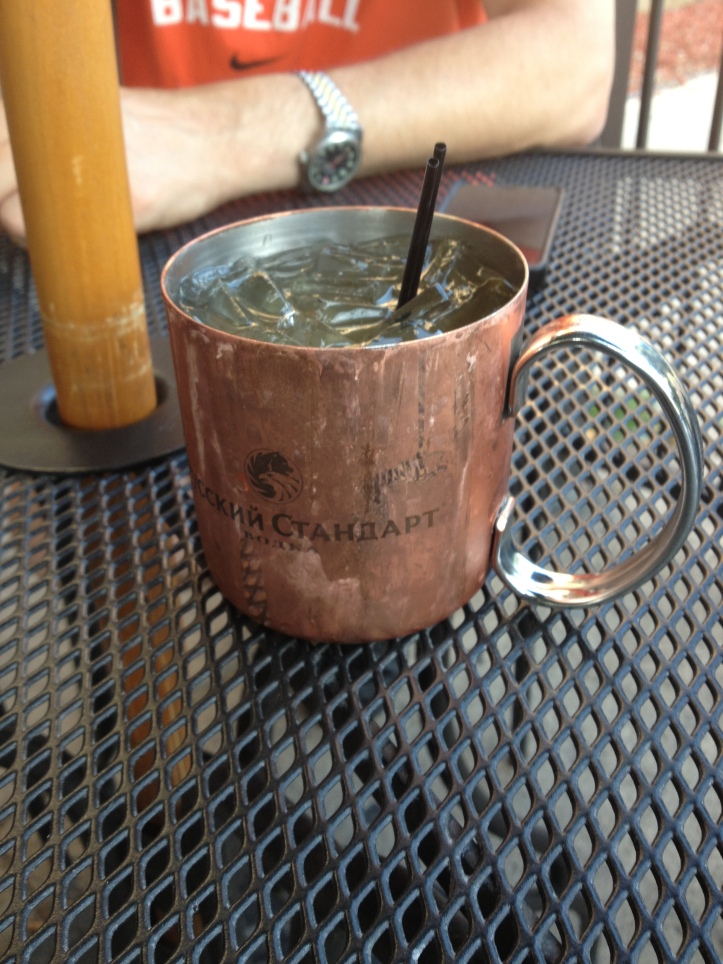 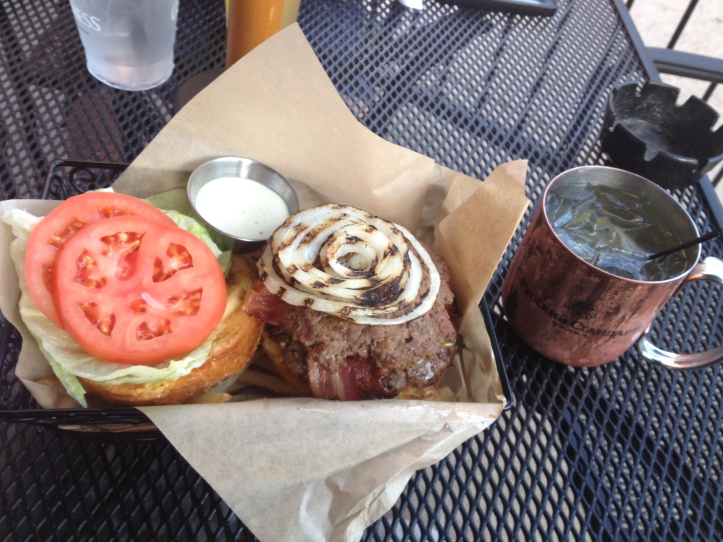 I don’t have much to say about out hotel, except to say I would definitely go back. It was the Curtis Hotel; it was downtown 2 blocks from 16th street and was a cool hip spot. It’s actually a Doubletree Hilton Hotel so I earned points too and got free breakfast. I’m always looking for ways to earn points and continue my quest for status. Besides a few discrete Hilton touches you’d think this was a very unique boutique hotel. The lobby was small but hip and had a lot of 50’s throwback touches. Notice the lamp straight out of A Christmas Story, I wonder if it’s fragile.
I would definitely stay here again, it was a really good location, had a cool vibe and was attached to an even hipper Martini Bar, and although I’m sure I brought down the hipness 10 points just by stepping in there. But hey they didn’t kick me out, for being uncool, so it’s not my fault. 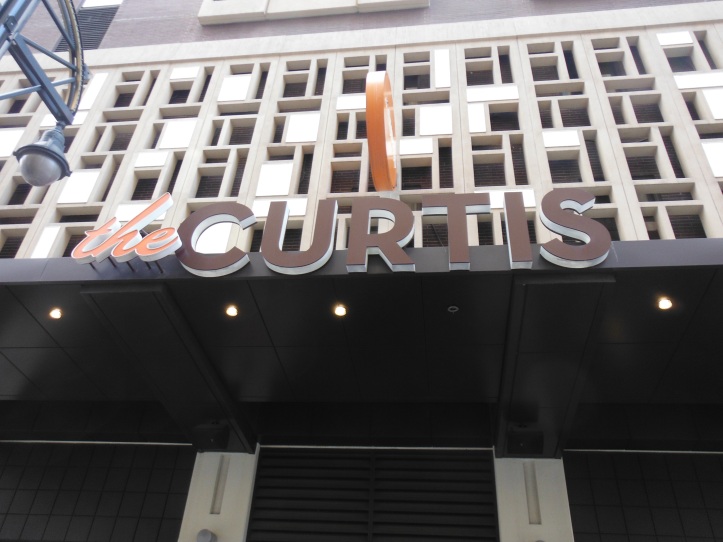 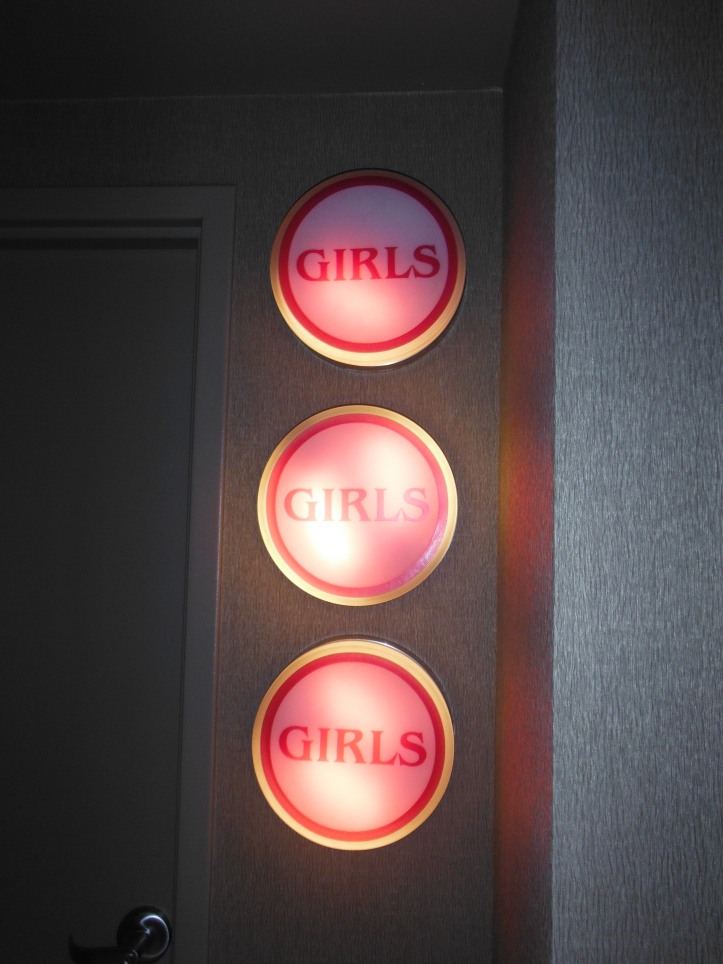 So to sum it all up, if you find yourself in Denver be sure to visit the Prohibition Bar, catch a game at Coors Field, and be sure to stay at the Curtis. Denver is a town worth visiting.