Last month we had the opportunity to visit Walt Disney World for four nights. We had a great time hanging out as a family at the park and at the pool. The last time we were here was November of 2015 and we were all itching to go back. I’ve written up a few reviews previously so I’ll only focus on a few meals we had while there. On our last two visits we’ve had the standard dining package, and have thoroughly enjoyed it. Maw Maw always does a great job securing and finding fun places to go for lunch and dinner. In the past we’ve eaten at Cinderellas Table for dinner ( inside her castle at Magic Kingdom), Be our Guest, Boma and La Cellier to name a few. Sure there are plenty of ways to save money and not be on the dining plan, but for us to be able to know what our costs will be for food, and be able to basically eat where we want works for us. The meal plan is not for everyone, and we’ve found in some cases we end up buying extra snacks to take home, because we end up with extra credits. In the case of the standard plan you get one snack, one quick serve and one sit down meal( at a standard restaurant) per day. This time we opted for the deluxe meal plan which gets two snacks and three meals per day (to be used at any combination of quick serve or sit down restaurant). Sure this was a premium over the standard plan but we wanted to check out some double credit restaurants and this allowed us to be able to do that w/out having to pay extra. Did we need that many meals per day, absolutely not. But it was worth it for sure at some of the new and old spots we ate at.

Tiffins: This was the place I was dying to try was. It’s a new restaurant at Animal Kingdom near the entrance to Pandora (Avatar World). The restaurant opened in 2016 and I’ve seen some really great reviews about it. The theme of this amazing lounge is the imagineer world traveler and a snapshot into the places they’ve gone. It was a restaurant but also had a really great bar and for me it almost felt like I was stepping into a canteen from the 20’s or 30’s that Indiana Jones visited. Although the theming was amazing, the food was even more incredible. We loved it so much that we ended up going there two out of our three dinners. It’s a double credit meal, so plan accordingly if your on the meal plan. 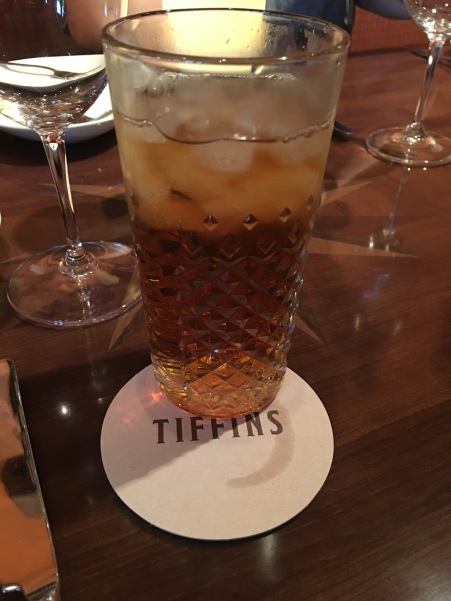 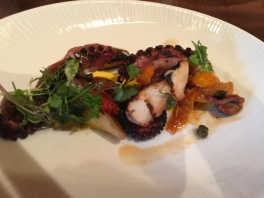 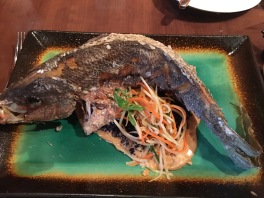 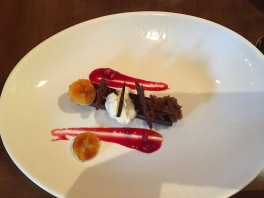 Jungle Navigation Co. LTD. Skippers Canteen: This was another new spot for us. It’s  near the Jungle Cruise and although I’d never heard of it before, (it opened in 2015) after reading the menu I was ready to go. It’s a mix of Asian, African and Latin cuisines, and for a single credit restaurant it was a treat. Plus a little tip I learned while eating here, is that on the dining plan the non-alcoholic specialty drinks are included. You’re not relegated to water, milk or soda as I thought you were.

It’s an “old” watering hole from the 1870’s in Africa…even thought WDW didn’t open till 1972 :). Oh those imagineers. In any event it was a cute old style lounge/club house like you’d see in a British Colony from the late 1800’s. I’m kicking myself for not taking any pictures of these two places beyond the food and my family. Mental note for next time!!! 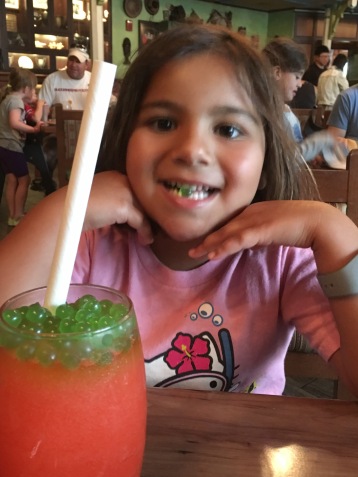 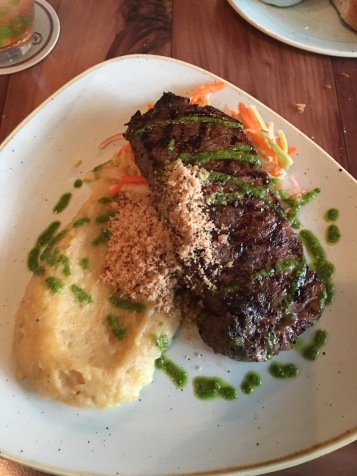 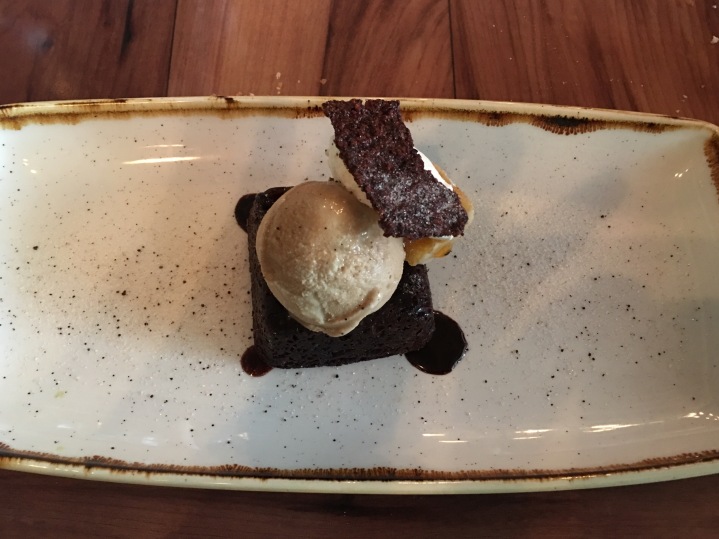 Conclusion: Both of these places were really great. Tiffins was outstanding not only on a food level but also on a service level too. There were two to three servers for each table, they checked on you frequently w/out being annoying and the food was amazing. Over the years I think Disney has continued to raise the bar on fine dining inside the parks, and if this is the direction they’re continuing to go, we’re all in for a treat. As I mentioned at the top we loved it so much we went back a second time. And it was the type of place I’d frequent if it was in the Bay Area.

Skippers Canteen was more casual, but still very good. Again a very creative menu. I’d come here again before heading to many other spots in the parks like Tusker House or Chef Micky’s for example. Two of my not so favorite spots.