Let’s get this clear I’m loony. Looney looney looney.  I’m the guy that flew to Dubai 3x in 6 weeks with only 8 hours on the ground for each trip just to earn miles, it didn’t hurt that the ticket was dirt cheap. Or flying to Seoul Korea for 6 hours just so I could experience Singapore Airlines first class on the a380 flying home.

Now that we’ve established to what lengths I’ll go to prove my looniess (is that even a word). Let’s get to the point.

This week I spent three nights in Kansas City, Missouri and two night in Indianapolis, Indiana. Being that it’s a new year and my hotel status reset, I had a choice to make. It was very simple with top tier in three programs Hilton, Starwood and Hyatt and the desire to keep at least two of them if not all three for next year; sorry Hilton you might be the odd man out. I needed to start staying places. All three programs let you qualify on nights or stays. For me stays are always easier to attain then nights. Hilton 30 stays/60 nights, Starwood and Hyatt 25 stays/50 nights. In all three cases I always make it on stays yearly and sometimes as the year rolls down I’ll get it on nights too. But latter doesn’t happen every year.

So with two cities that have lots of hotels to choose from the game was on. What I neglected to remember is what a pain it is to do this. Last year for example I hit Starwood in mid-June, Hilton thanks to a promo, I qualified in mid-February and with Hyatt due to a status match it only took me 12 nights which was done in one month (July).  So since early summer I’ve not done this carousel thing. And man is it a pain in the butt. I’ve done my best to live out of a suitcase this week and only take out what I needed for the next day but seriously, to still have to repack each day is a pain!!! A royal pain.

Add the fact that I’m in two cities this week which means three sets of flights and three late night arrivals, I was tired by Wednesday. In any event, the week is over I did my part and now have the revelation that by then end of January I’ll have done this same dance 11 out of 13 nights. Stop the madness!!!

But on the occasion where my status gets me a room or view like these, it’s worth it. 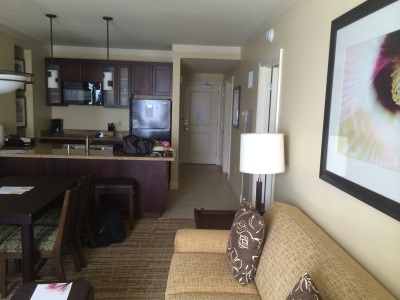