On a recent trip to Cleveland I had the opportunity to visit the Airspace Lounge. It was close to 6 PM and the lounge was dead. I was the only person there for the 30 or so minutes I was hanging out. Airspace Lounges are a private company not affiliated with any specific airline. But as an American Express Platinum card holder I had complimentary access.

Sadly Cleveland Hopkins is not a lounge heavy airport, or at least currently it’s not. There are two count em two options, this one and the United Club. I’ve never frequented that lounge but I’m just going to guess it’s not much better or worse than any other United Club.

The Airspace Lounge was small, maybe seating for 30. It consisted of three separate seating areas one that was ¾ enclosed plus a bar area and then another high top common table. There was also a large bank of windows on two sides that gave nice views of the tarmac and gates. They offered complimentary sodas, juices, coffee, tea and pretzels. They might have even had free booze, but I didn’t ask and wasn’t thirsty for a beer, I must have been sick or not feeling well I guess. 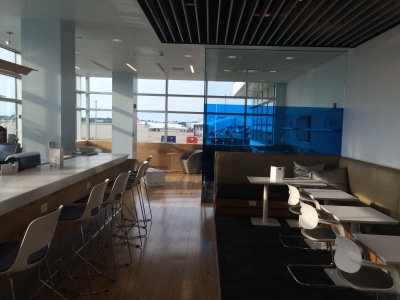 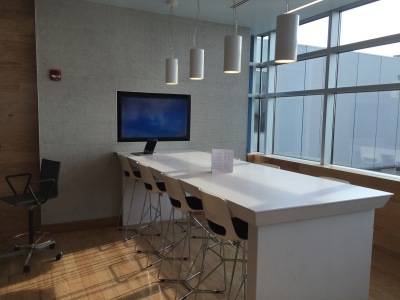 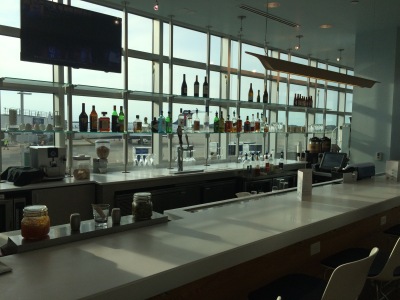 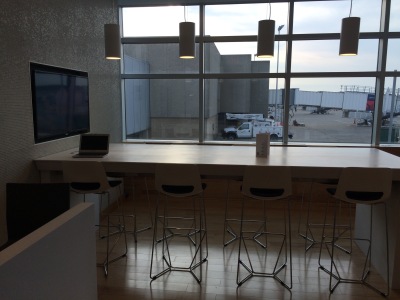 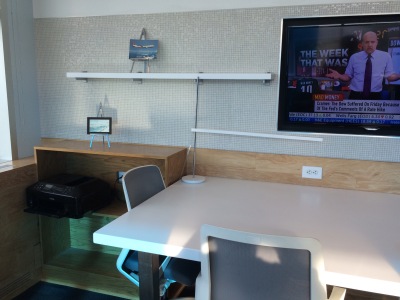 There’s really not much else to say about the longer, except that it’s a nice spot to hang out between flights. No this is not the Emirates or Singapore Lounge, but hey what do you expect in Cleveland.