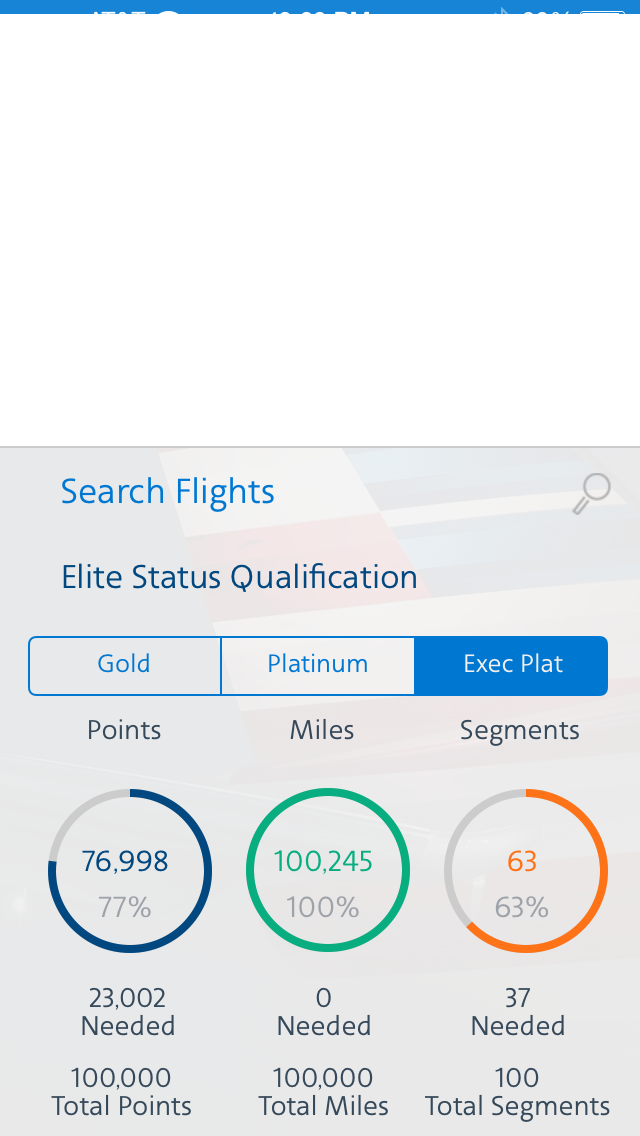 Well I made it. And no I don’t mean I lived another year (was there a doubt), but I got my statuses, or at least most of them. Well barley that is. As I’ve discussed before I’ve had United 1k status since 2007 and Hilton Honors Diamond since 2004 or 5. Then in 2013 I decided to expand my horizons and picked up American Airlines Executive Platinum Status and Starwood Platinum as well. In the case of AA and UA for 2014 qualification I would need to fly 100,000 miles or 100 segments on AA to keep it for 2014 and with UA 100,000 miles or 125 segments. On the hotel side Hilton upped their qualifications to 30 stays or 60 nights, and with Starwood 25 stays of 50 nights. As you can see that’s a TALL order, but I was going to do my best to keep all four, I had found greats benefits for all of them and wanted to strive to keep them all if I could. Well that dream lasted all of six months into 2013, I thought I could get the hotels but two airlines was really going to be thought. Sure I travel a ton for work and I do a lot of personal travel but there was just going to be no way I could do 200,000 miles this year. Unless I didn’t want to see my family ever, and I DO want to see them.

How could you not see this face every day?

Ironically enough in three of the four programs I made it but by the skin of my teeth. With all of my extra  personal travel I only qualified for American by 233 miles, and it took till December 20th for that to happen. I many years past I would qualify on UA by mid-September or October, but not this year. It was so bad that on my last trip home I had to add a connection just to make sure I made it. Sure I’ve done that before, but with no other travel planned between December 20th and December 31st I didn’t want to have to fly on my free time.

With United sadly my run of 1k 100,000 flier and also a million miler had come to an end. I ended the year with just over 64,000 and there was just no way I was going to sit on a tin can for 30,000 plus more miles. As it was I ended up flying 50k miles on American and its partners from November 1st to December 20th. Ouch. As it is I really had relegated UA to my second option since they have really revamped the program for 2015 qualification that you must attain in 2014. They added a spend requirement and I would not only have to fly the 100k but also spend 10k dollars on UA marketed, flown or purchased on their website. Since that was not going to happen I made the tough decision to not push for 1k. At least with Million Miler status I’ll keep some of the perks but the ones I really enjoyed will disappear. Let’s see how I feel come mid 2014 if my decision was a wise one. The sad part is, with so many people jumping ship UA might actually be a good carrier to fly as a top elite, but I just couldn’t risk that.

As for my hotels I again just got by. I hit 25 stays with Starwood on December 20th and 30 stays with Hilton on December 7th. In both cases I would not have qualified on nights, but by occasionally doing a little hotel hopping I was able to make this work. As for both programs, they seem just fine, I enjoy them both and although except for the occasional upgrade (thanks to my wife for calling a couple the week of my birthday to secure me a few really great free ones), they don’t seem much different. I think the main thing is, between the two brands there are close to 20 different hotel chains to stay at. So it’s really tough to not find one in the cities I go to. Plus with all these “New” Starwood properties I’ve never been too, I now have a whole bunch more aspirational properties to visit on vacation.

Sheraton Tucson I got the hook up to the presidential suite. Thanks to a call from my wife to the hotel explaining it was my birthday. 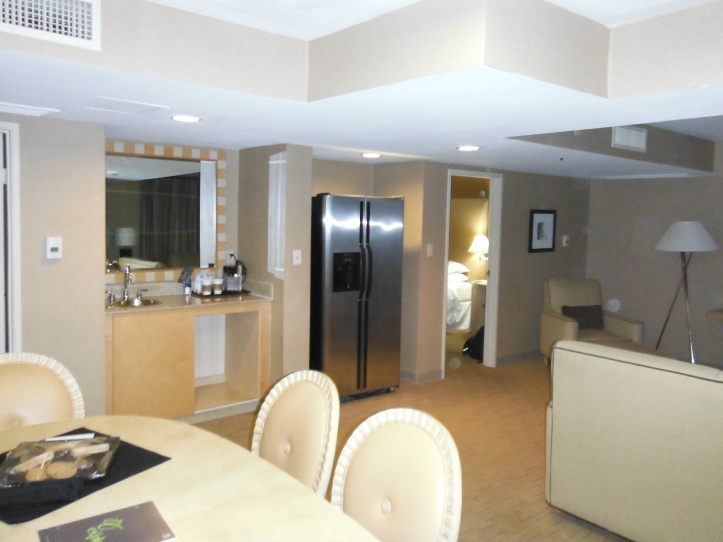 So let’s see what happened this year, I’m again hoping to get both hotels chains and AA, and for UA we’ll see I have lifetime mid-tier status due to Million Miler status, and I’ll just have to see how it goes. Wish me luck.