The Club at SJC 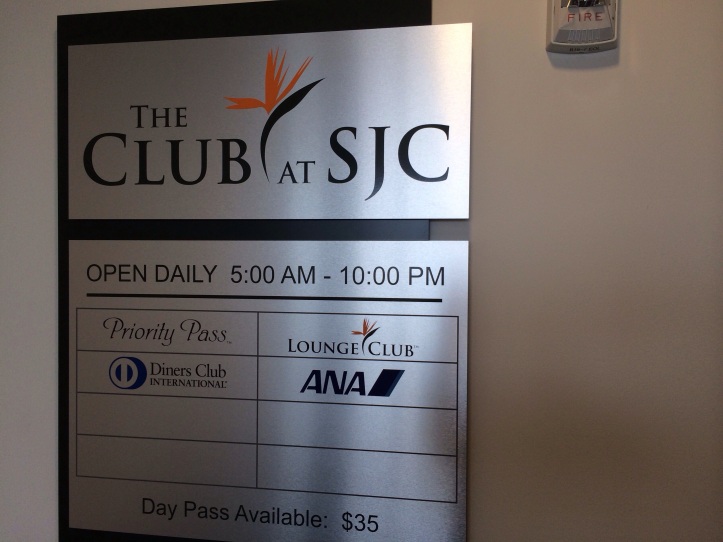 So I don’t travel that frequently through San Jose, it’s a nice airport since the massive remodel, but because of the distance from home it’s my third airport choice between Oakland and San Francisco. But that being said if the flight times, or cost works out I’ll be glad to fly out of there. The new bonus of flying through here is the newly opened Club at San Jose located near gate 15.

I think this club has been open for about a year, and seemed to open when initial international service to Japan on ANA’s 787 Dreamliner was initially to commence. Which was a nice addition to SJC, because prior to this I don’t think any airline lounges existed here. As a frequent traveller, lounge access is a great feature and especially during busy travel seasons, or on lengthy delays you’ve got a usually quite and peaceful place to hang with some free food, snacks, drinks and usually internet. This definitely is a nice bonus when you spend more time at airports or hotels then you do at home. Trust me I’d rather be home, but when you have to travel this is a nice benefit.

There are a couple of ways to get access to this lounge, fly ANA in business to Japan (not me today), have Priority Pass, or Diners Club (who has that). In my case I have Priority Pass a really nice perk of the Amex Platinum card. For the moment it gets you access to these types of lounges plus US Air, American Airlines, Delta, Alaska, Amex lounges and United lounges. It has a hefty annual fee but, with a $200 annual rebate, Global Entry reimbursement, and lounge access (most of which start at $350 per year), they’re practically paying you to get the card. Ok that’s enough free advertising for Amex.

In any event the lounge was really nice, it still had that new car feel. It was light bright and airy, and had four distinct spaces to lounge in. Plus a bar area with soda fountains, ice tea fountains a bar with a pretty decent complimentary drink list and a light snack area. There were several large tv’s, a computer area to use with printers and then a work area for you to hook up your own laptop (probably about 8 stations for this). Additionally they had two showers, I didn’t check them out, but I imagine they were just as nice as the rest of the lounge.

Hours 5am -10 pm daily
Access granted for ANA frequent travelers, and premium travelers plus Diners Club, Amex Platinum and Priority Pass members. Or $35 for a single entry.
Location: upstairs from gate 15 terminal 2 Airside. About a 5 minute walk from terminal 1 security. 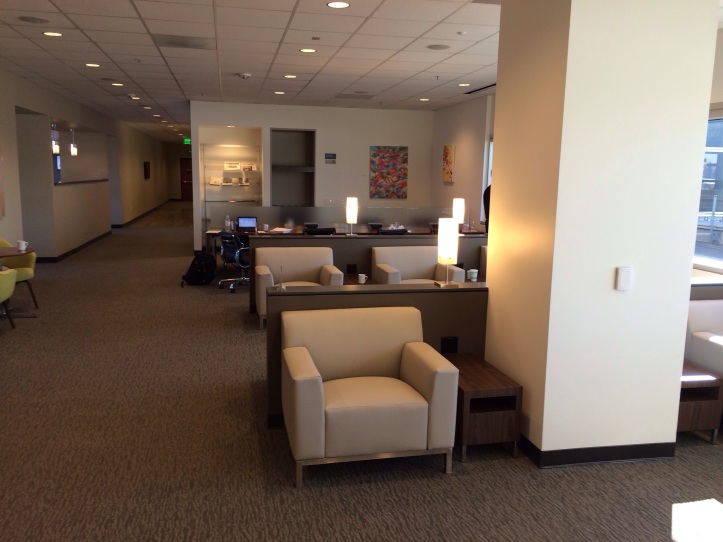