The power of the schedule change

Sadly vacation must always come to an end, and ours finally did on Sunday. We had initially booked these tickets to/from Hawaii on Delta, back in December. The trip was for September 5 to 14 and was a simple roundtrip to/from Maui from SFO via LAX. This was part of the crazy mistake fare that lasted some 5 hours where Delta was selling tickets to/from anywhere in the US for tens of dollars per ticket. In some cases the tickets were in first class to boot.

Well since the tickets were booked nine months in advance there had been several schedule changes. So over the months I’d made changes as seen fit, in fact we had to change our departure to San Jose instead of SFO to make our connection. Otherwise we would have been stuck on a much later arriving flight to Maui, I want to say 8 pm instead of noon and a five hour layover in LA. As I was tracking these schedule changes, I learned that Delta has a pretty lenient schedule change policy and will allow you to make changes for as little as a one hour schedule change and even sometimes as little as 15 minutes. Most other carriers require a 2 hour time change to make edits to your trip.

Sure enough even a month out we had schedule changes in both directions, but there was nothing too significant that required me to make changes. Well fast forward to this week, our return required a red eye from Maui to LA departing at 10:04 pm and arriving at 6:05 am and then a 35 minute layover for our connection.  Of course that was after a schedule change that reduced our connection from 1 hour. Ouch, but we kept reminding ourselves as to what the cost of the ticket was. If it was just the two of us traveling a red eye would be no big thing but with a three year old, it’s like a box of chocolates you never know what you’re going to get. Besides that, from Maui Delta only has two flights a day, and the earlier departure would force an overnight in LA. So we just let it roll, we didn’t accept the change which meant we could still make changes. This is the key factor, if you accept the schedule change you can only make changes again if there’s a NEW schedule change, if you don’t accept, you can still make changes and that’s what really saved our bacon today.

For the past week my wife and I have debated finding alternate transportation home. Tickets had been hovering between $200-$300 one way with various connection options and departure/arrival times. My argument was we got a killer deal, why pay more money, and my wife’s was how much is our sanity worth. Both very good options, but I was being stubborn and just didn’t want to spend any more money. Although I kept obsessively looking for alternate options, with my goal of flying in first class home. I thought if were spending more money that would be worth it. In that case that left two options American where I could use upgrade coupons I get yearly as an executive platinum or Alaska Airlines, where as an MVP Gold, I can buy a certain fare class ticket and confirm the upgrade at time of purchase. In both cases there had to be space available, and Alaska had space, but the ticket was $360×3, which was too much whereas a standard ticket hovered at $212. American just didn’t have space, although the ticket was cheaper. I could go on and on about how obsessive I was about looking for space, but I won’t. I will say this, the prices on Alaska only went up $20 even two hours prior to departure, pretty amazing. American eventually opened up space but it was from Honolulu, and we had to pay our way there, and that was just making it too expensive, complicated and offering a double connection. No thanks.

So we were relegated to our red eye. At T-minus four hours for the Alaska flight we were still debating buying a new ticket and finally decided we would since we could fly first even at the premium it was worth it, it’s our 10 year anniversary for crying out loud. We called Alaska and sure enough first was sold out. DAMN DAMN DAMN. So we could fly in coach pay $231×3 for that pleasure or keep our original flight. More hemming and hawing, more debating and we still decided no. I just didn’t want to spend the money, $700 could go a long way towards so many other things. At two hours prior to the Alaska departure we really had to decide what to do, and we kept saying “you decide”. Finally I decided, and said let’s fly Alaska, it gets us home 8 hours earlier, no red eye and we’d miss rush hour in the morning. In fact we landed one hour prior to our red eye leaving Maui. Tickets booked and off to the airport we went.

Finally we made a decision!!! I felt like the SF Giants in 2012 when they won the World Series. 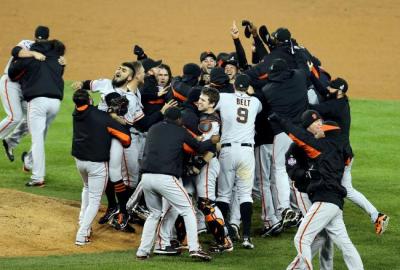 Once we were at the airport I had an idea, what if we could change our Delta flight to use later in the year or next? I mean we still had a schedule change and could roll the dice and see if they’d comply. I suggested we come back in March or April, my wife said April would be better for her work schedule. She even made the call to Delta and asked if they could do it, the agent was slightly surprised at our request, but my wife was honest that a 35 minute connection in LAX is not ideal and the agent understood when we said we’d already bought different tickets home. They checked with their supervisor and confirmed it would be ok. Score. Only problem the ticket was issued in December of 2013 and we had to use the return prior to one year of original booking, so we had to move it to December. Ok, don’t know if I can get the time off, but hey if we can we’ll take it. Sure we still now have to get a ticket to Hawaii but we now have a return ticket and it cost us nothing extra. 45 minutes after the call started my wife got it all sorted out and we had a return flight from Maui in December.

I don’t know how ethical this is, but I have seen many bloggers write about this feature, and have used it to their advantage too, especially in cases where the cheapest ticket is not the ideal routing, but when the schedule change happens they can get it cleaned up for no extra charge. My understanding is that only the origin and destination have to be the same, and the connecting points and travel times can be manipulated to fit your needs. So if you’re in a predicament like this, or just wanted to extend your vacation don’t accept your schedule changes and then make the changes to fit your needs.