Well another week on the road, and a few more mattress and pillows to try out. This week I’m in Edmonton, Alberta Canada, and despite colder weather then I’m use to at home for February in Edmonton, it was downright warm. Mostly in the high 20’s and low 30’s without any snowfall unless you count 1/8″ overnight as snowfall.

So with three nights here, I again continue my quest to stay at different hotels to attempt to keep my hotel status for next year. This city is quite large and sprawling, and offers the world’s largest mall West Ed Mall, and a lot of hotel options, but in the grand scheme of things most are low to mid-range choices. Sure I don’t have an unlimited budget so I typically do stay at mid-range hotels, but in some larger cities my dollars will go a lot farther. But in this case and on this trip it was not the case. That being said the majority of hotel chains up here are not familiar names to most of us in the US, or are of the Days In or Best Western variety. Sure I do stay at those too, but only in a pinch or when they are THE hotel in town, and unfortunately I’ve been to enough small cities in the middle of nowhere that they are your only option. I know it sounds like I’m complaining, and I swear I’m not but when you travel a lot, it’s the little consistencies that a specific hotel offers that are nice. With Hamptons, it’s free bottled water and snacks in your room, plus mushy pillows and comfortable beds, and good free Wi-Fi. And with the newer ones, a very modern decor, and livable feel. With Four Points, a good shot at a room upgrade, which I got this week to a two room suite, a made to order breakfast, or buffet and again free Wi-Fi. Since I don’t have a Canadian phone or Internet plan free Wi-Fi is huge, it means FaceTime with the family and the ability to just get stuff done, I have to push off till the evening, without Wi-Fi throughout the day.

I don’t have a ton to say about these hotels besides to say I’d stay at both again, they were clean comfortable felt newer and well maintained. In regards to location the Four points was on the South side of town and seemed to be in more of business area, it was close to restaurants but not in a happening part of town. The Hampton on the other hand was on the West side of town and about 1 mile from the West Ed Mall, so there was tons of stuff around it. On my next trip I’ll probably stay at the Hampton, since it offered more food and entertainment options within two miles then the Four Points. There’s tons of bars, restaurants and shops at the mall although I didn’t go inside I did have dinner at one of outlying restaurants one night, and I must say on a Tuesday night the mall was busy. 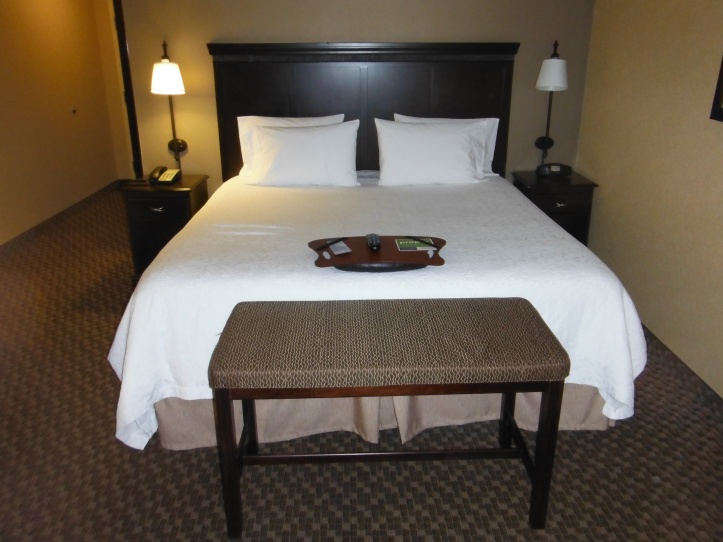 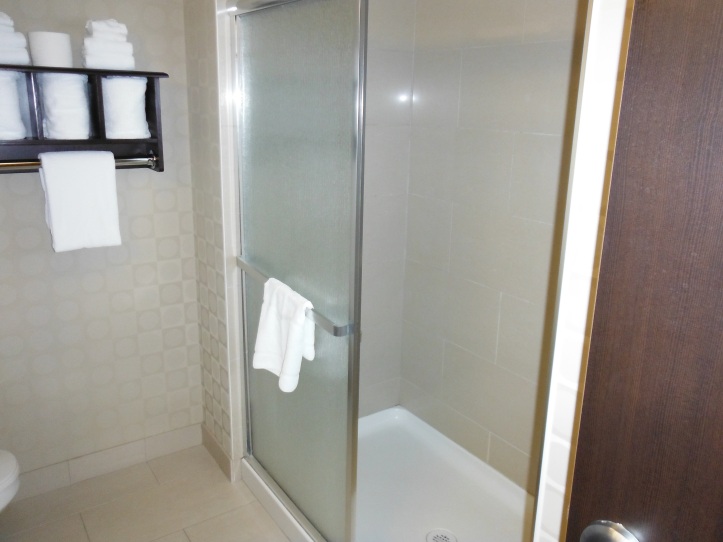 Oh I also got to spend a bit of quality time at the Edmonton Airport in the NEW US Terminal. In most Canadian airports with direct service to the US you clear customs in Canada so when you hop off the plane you don’t have to see immigration officers. It saves a ton of time if you have to connect, effectively it’s like having a domestic flight. The downside most of time is crappy terminals on the Canadian side, since the terminal is only for US flights, and once you’re though customs you’re segregated from the rest of the airport. Until last year the Edmonton airports US facility was just awful, you had a bar with barley passable food, a Starbucks, duty free and gift shop. That’s it, it truly sucked. Well welcome to the new US terminal, I’m not sure how long it was under construction I would guess 2-3 years, and sometime in the past year it finally opened. There was a food court with a bar, Chilis, Quiznos, a Wing shop and the usual duty free stuff. The terminal was clean modern, had lots of open space with tons of windows. Oh and the best part a lounge, I’m a slut for lounges. Why sit with the unwashed masses, when you can sit in a quiet place with free food, Wi-Fi and booze. In this case there was The Premium Lounge, which charges a few for the general public, which I would never pay. But if you have Priority Pass or American Express Platinum you get in for free, thank you Amex. Well this lounge was pretty nice, it was clean, comfortable and had plenty of space. There was a small buffet spread of salad, sandwiches and cookies and pastries. Plus they had a few hot items, pizza, chicken wings and a few other things. There was a stocked bar, espresso machine and all kinds of juices and sodas. All in all a pretty good little lounge, and not bad if you don’t have to pay for it. In fact it almost better than most United and American Airlines lounges. Oh and since the lounge is in the US portion of the airport it probably is not too well used, the last flight out is at 6 PM, in the 1 3/4 hours I was there I was the only guest. 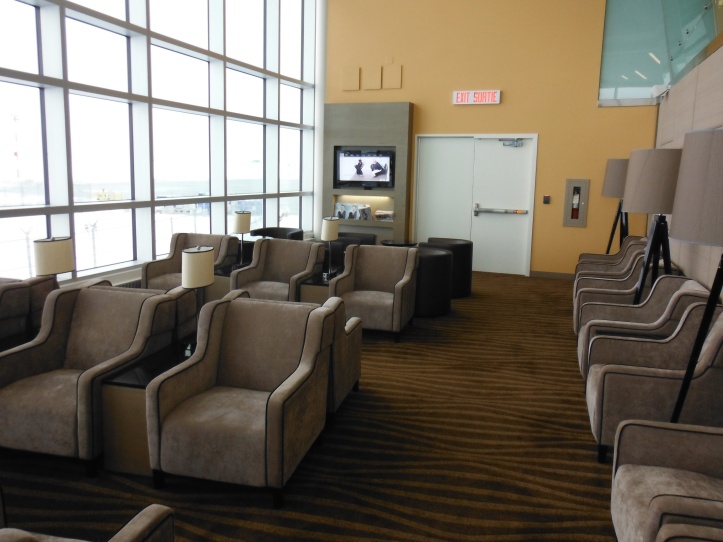 Hotels I stayed at: